Heer Ranjha (1970) was a classic film from Pakistan. Firdous and Ejaz played the title roles as Heer and Ranjha. Ajmal was in legendary role as Kaido. Munawar Zarif played one of his best comedy role as Saida Khera.

This film was produced by actor and hero Ejaz and directed by Masood Parvez. Super hit music was composed by Khawaja Khursheed Anwar and evergreen songs were penned by Ahmad Rahi. Madam Noor Jehan was leading vocalist in this great musical film.

The story of Heer Ranjha

This film is based on the classical Punjabi literature Heer by the legendary writer and poet Waris Shah (1722-1798). It is the best ever film on this topic in the history of the Indo-Pak films.

Dheedo (Ejaz) was son of a wealthy man Moju Chodhary from Ranjha tribe in Takht Hazara, Jhang district in Punjab, Pakistan. He loved a beautiful girl Heer (Firdous) from Syal tribe and accepted the job as a cow herder for her parents father Chuchak (Najmul Hassan) and mother Malki (Salma Mumtaz).

Heer was mesmerized by Ranjha's flute playing and loved him as well. They begin meeting secretly for a while. Heer's uncle Kaido (Ajmal) discovered them and in an effort to avoid any shame due to class or cast differences, the family hastily arranged her marriage to a wealthy man Saida (Munawar Zarif) from Khera tribe.

Ranjha was disappointed and left the material world. He became a Jogi to seek the spirutal composure and traveled around in deserts and jungles.

Finally he found Heer in a village, where she was unsettled and never accepted Saida as her husband. Again they begin meeting secretly and Heer got help from her sister-in-law, Sehti (Zamurrad) who had the same fate and was in love with a man Murad Baloch (Aqeel). Both escaped with their lovers but were caught by the soldiers of Maharaja (Ilyas Kashmiri) who sent them to the jail. After a miracle as a fire erupted, the Maharaja accepted their true love and decided them to go happily together. But it was a shame and a defeat for Heer's family and they poisoned her. Ranjha was shocked and died on her grave. 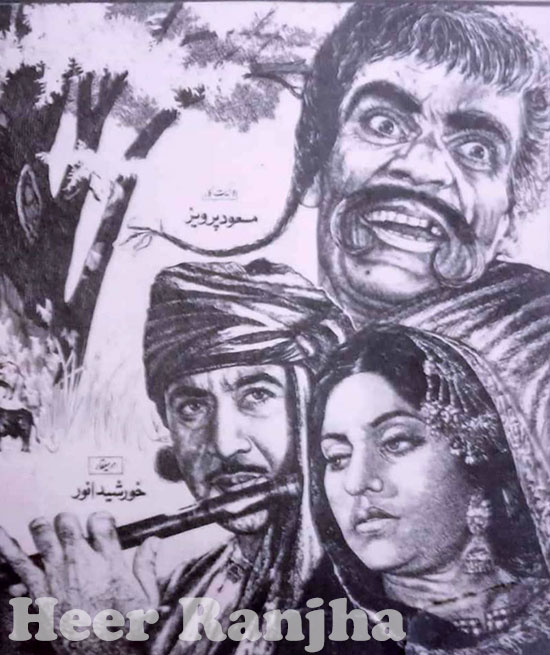 Other films on this story 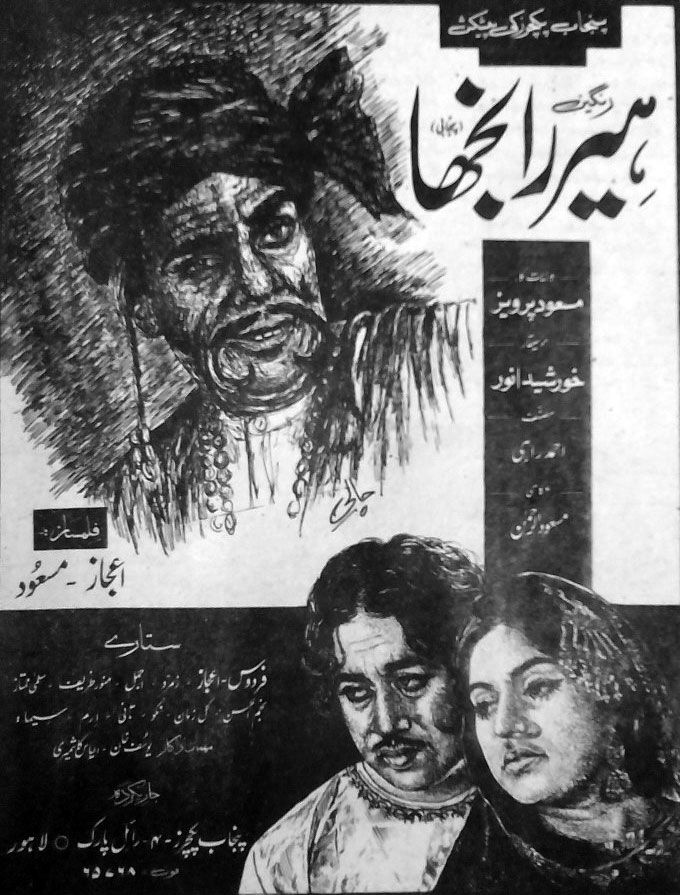 آصف جاوید
PAK Magazine is an individual effort to compile and preserve the Pakistan's political, film and media history.
All external links on this site are only for the informational and educational purposes, and therefor, I am not responsible for the content of any external site.