Film Teri Yaad was based on a typical formula story as a rich man who gave his wealth to his new born daughter after his death, but she was killed by a greedy man. The widow of the rich man got an orphan child, who grew up and fall in love with greedy mans son. Then some romance, music, dance, drama and in the end of the film the widow got revenge from the greedy man who committed suicide and hero heroine got each others - Finish!

Nazar was a great discovery who became the first super star comedian in Pakistani movies. Film director Daud Chand had an expirence of ten years since his film Sassi Punnu (1938) was famous before partition, but his performance was average. Film lyricists did well and music was best part of this film, but not any single song was recorded on gramophone. Asha Poslay and Rani Kiran's father Inayat Ali Nath was music director. Cinematographer Raza Mir had very tough time with poor technology and cameras. 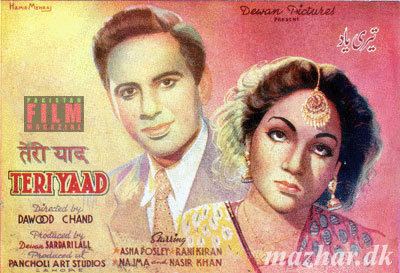 The film ads in Daily Inqilab Lahore on Freday, 6 August 1948. 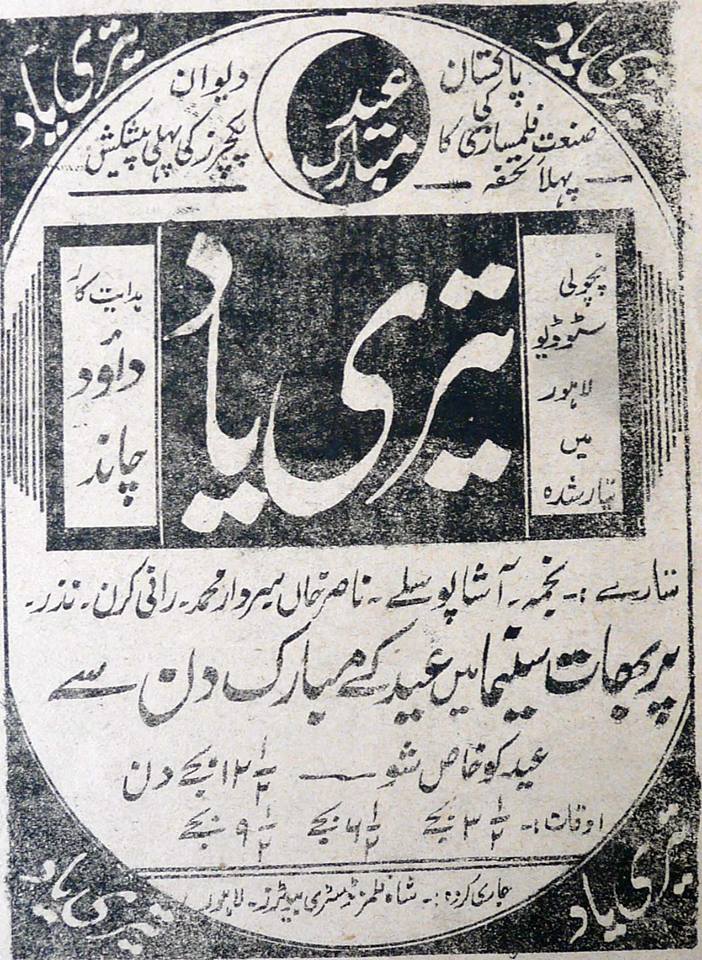 The film ads in Daily Imroze Lahore on Saturday, 7 August 1948. 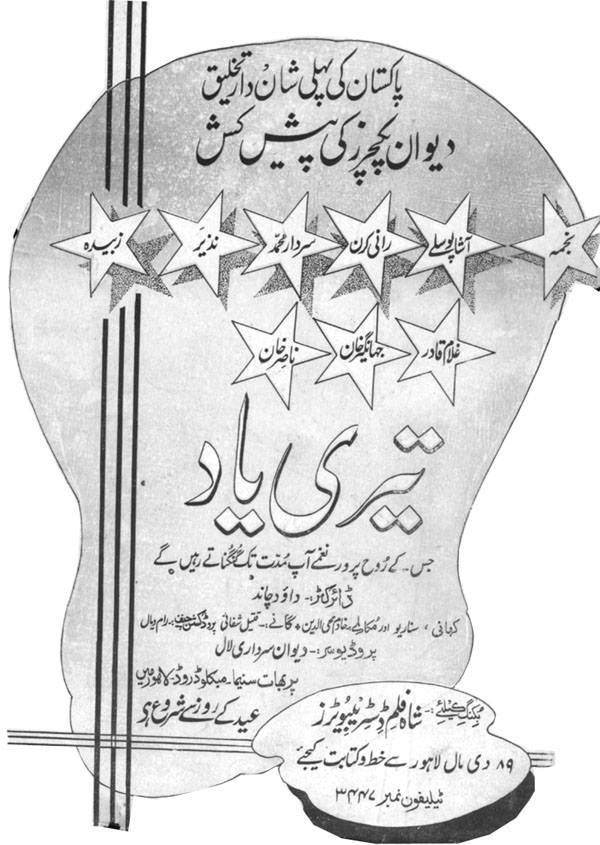 منیر حسین
PAK Magazine is an individual effort to compile and preserve the Pakistan's political, film and media history.
All external links on this site are only for the informational and educational purposes, and therefor, I am not responsible for the content of any external site.