Made in Dacca, East Pakistan

Jago Hua Savera (day, Shall Dawn) was the first ever Urdu film from Dacca, East Pakistan. It was made by a Lahore team with director Aaejay Kardar (who was relative of Abdur Rasheed Kardar - the first actor and director from Lahore). Screenplay and songs were penned by legendary poet Faiz Ahmad Faiz.

Khan Ataur Rahman (Anees) was hero, who became producer, director and music director in many Urdu movies from East Pakistan. Tripti Mitra (heroine) was from India. Zurain was a supporting actor and appeared in few other Pakistani films as well.

This film was filmed at Saitnol, on the banks of river Meghna, which is 30 miles south from Dacca, then East Pakistan, now Bangladesh. 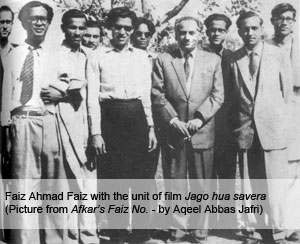 Insightful and impressive as a first feature film from East Pakistan, Jago Hua Savera deals with the struggles of an impoverished family living in a fishing village. Director Asejay Kardar keeps the mood simple, serious and straightforward as the family members are shown trying to get money to buy the boat they need. The hopelessness of their objective is graphically underscored by the conditions in which they live, and the self-interest of the local moneylender whose purpose in life is to increase his coffers rather than lend a helping hand.

It was a flop film on box office and was only released in Karachi's Jubilee cinema. But this film won few International awards around the world, especially the gold medal in Moscow Film Festival. This film was recently (December 2007) released in a Continents Film Festival in France and it was discovered - not from Pakistan or Bangladesh - but from a film caller in London by festival administrator Mr. Jildo Filip. 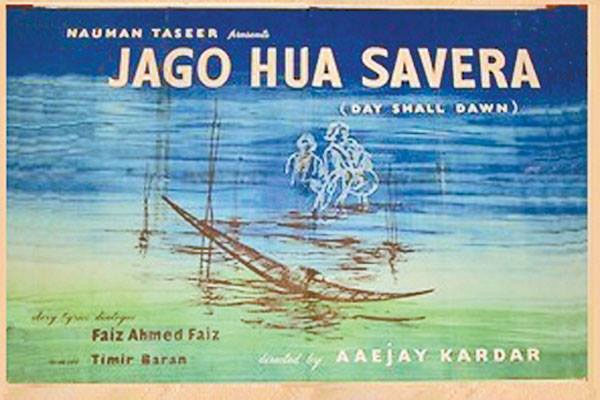 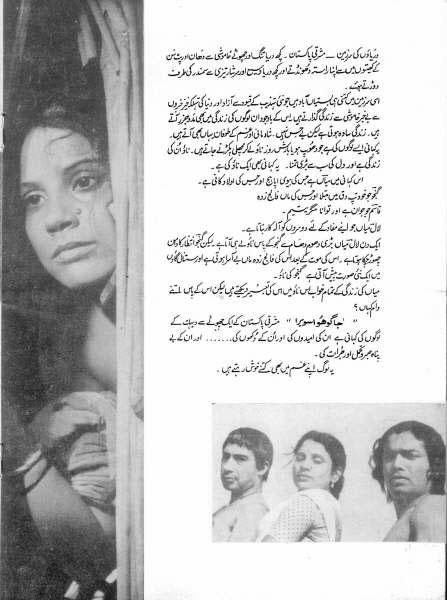 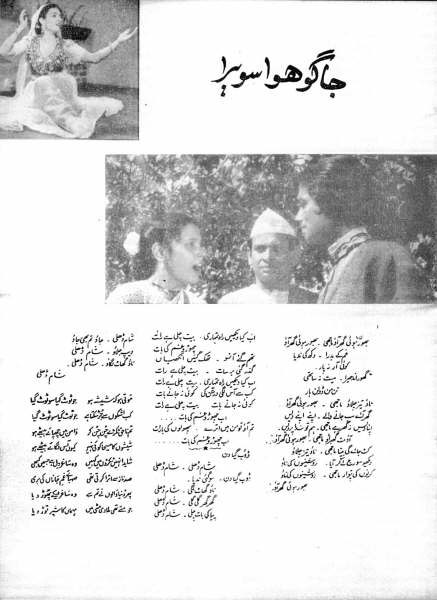 محمد رفیع
PAK Magazine is an individual effort to compile and preserve the Pakistan's political, film and media history.
All external links on this site are only for the informational and educational purposes, and therefor, I am not responsible for the content of any external site.