Pakistan is situated between latitude 24 and 37 degrees north and longitude 62 and 75 degrees east. The country borders Iran on the west, India in the east, Afghanistan in the north-west, China in the north and Arabian sea on the south.

The great mountain ranges of the Himalayas, the Karakorams and the Hindukush form Pakistan's northern highlands of the north-west frontier province and the Northern Area; Punjab province is a flat, alluvial plain with five major rivers dominating the upper region eventually joining the Indus river flowing south to the Arabian sea; Sindh is bounded on the east by the thar desert and the Rann of Kutch and on the west by the Kirthar range; the Balochistan plateau is an arid tableland, encircled by dry mountains.

Pakistan was renamed in the Constitution of 1956 to The Islamic Republic of Pakistan.

Pakistan name was coined by Choudhary Rahmat Ali (1893-1951) in 1933 using the suffix istan from Baluchistan preceded by the initial letters of Punjab, Afghanistan, and Kashmir. 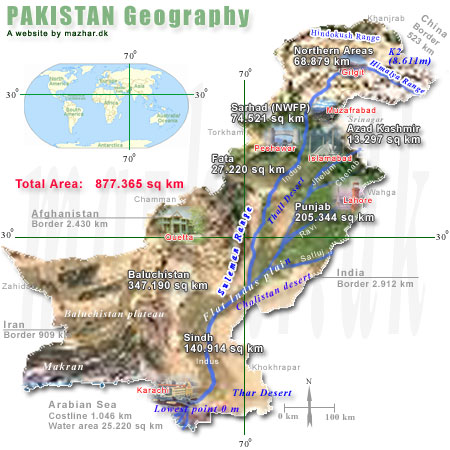 Pak sar-Zamin shadbad
Blessed be the sacred Land
Kishwar-e-haseen shadbad
Happy be the bounteous realm
Too nishan-e-azm-e-aalishan
Symbol of high resolve
Arz-e-Pakistan
Land of Pakistan
Markaz-e-yaqeen shadbad
Blessed be thou citadel of faith
Pak sar-Zamin ka nizam
The order of this sacred land
Quwat-e-Ukhuwat-e-Awam
Is the might of the brotherhood of the People
Qoum, Mulk, Saltanat
May the nation, the country, and the state
Painda tabinda bad
Shine in glory everlasting
Shadbad manzal-e-murad
Blessed be the goal of our ambition
Parcham-e-Sitara-o-Hilal
This Flag of the Crescent and Star
Rehbar-e-taraqqi-o-kamaal
Leads the way to progress and perfection
Tarjaman-e-Mazi, Shan-e-hal
Interpreter of our past, glory of our present
Jan-e-istaqbal
Inspiration of our future
Saya-e-Khuda-e-zuljalal
Symbol of Almighty's protection

The brief story of the national anthem of Pakistan:

Urdu is Pakistan's national language and has been promoted as a token of national unity, though less than 8% of Pakistanis speak it as their first language but it is spoken fluently as a second language by all literate Pakistanis.

Urdu by origin is an "Islamic version" of Hindi language which was spoken for centuries in the neighborhood of Delhi and it was known as Western Hindi, Hindvi, Dehlvi, Reekhta and Hindustani. It is written in a modified form of the Arabic alphabet and its basically Indic vocabulary has been enriched by borrowings from Arabic, Persian, English and other Indian languages.

Urdu has drawn inspiration from Persian literature and has now an enormous stock of words. The first poetry in Urdu was by the Persian poet Ameer Khusru (1253-1325) and the first Urdu book "Woh Majlis" was written in 1728 and the first time the word "Urdu" was used by Saraj-ud-din Aarzoo in 1751.

Urdu was an official language in British India since 1835 and in India, where it is spoken by Muslim population, is one of the 15 national languages recognized by the constitution.

Punjabi is spoken by almost 60% of the population in Pakistan. The standard Punjabi dialects is from Lahore, Sialkot, Gujranwala and Sheikupura districts which was used by Waris Shah (1722-98) in his famous book "Heer" and is also now days langueage of Punjabi literature, film and music. Other dialects are Multani or Siraiki in West and South, Puthwari in North, Dogri in the mountain areas and Shahpuri in Sargodha area.

Punjabi literature was principally spiritual in nature and has had a very rich oral tradition. The Great Sufi/Saint poetry has been the folklore of Punjab and still sung with great love in any part of Punjab.

In India it is the official language of Punjab state and one of the 15 official languages recognized by the Indian constitution. It is also spoken in the neighboring states of Haryana and Himachal Pradesh. In addition about 25 percent of the people living in the New Delhi metropolitan area speak punjabi in everyday life. All told, there are about 25 million speakers in India.

This dialect is "the standard Punjabi language" and spoken in the heart of Punjab where most of the Punjabi population lives. The main districts are Lahore, Sheikhupura, Gujaranwala and Sialkot in Pakistani Punjab and Gurdaspur and Amritsar in Indian Punjab.

This dialects is spoken in the central Pakistani Punjab, stretches from districts Khanewal to Jhang and includes Faisalabad and Chiniot.

This dialect is spoken in Sargodha, Khushab and Mandi Bahawaldin districts.

The area where Pothohari is spoken extends in the north from Azad Kashmir (Mirpur) to as far south as Jhelum, Gujar Khan, Chakwal and Rawalpindi.

This dialect is spoken in districs of Peshawar, Attoc, Nowshehra, Mansehra, Abbotabad and Murree.

The word "Do Aabi" means "the land between to rivers" and this dialects is spoken between the rivers of Beas and Satluj. It includes Jalandhar and Hoshiarpur districts.

Siraiki or Multani (also Lehndi by some) and perhaps differs from Punjabi more than any other dialect. Multani becomes more and more different as you move down south, as the influence of Sindhi increases, it is also known as Siraiki there. Siraiki itself is Sindhi word and means northern. See the map of Siraiki language: 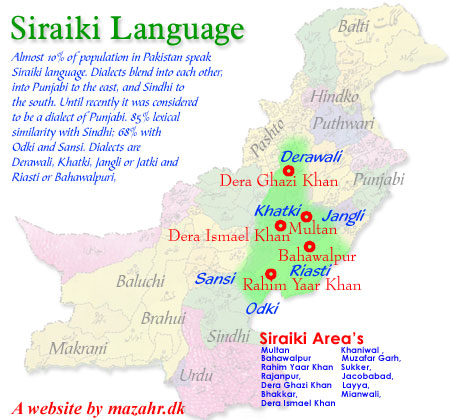 Sindhi is spoken in Pakistan and is also one of the constitutional languages of India. It is spoken by about 20 million people in the province of Sind, southern Pakistan, and by about 2 million more across the border in India. In Pakistan it is written in the Arabic script with several additional letters to accommodate special sounds. The largest Sindhi-speaking city is Hyderabad, Pakistan.

Sindhi literature is also spiritual in nature and Shah Abdul Latif Bhattai (1689-1752) was one of its legendry poet who wrote Sassi Punnu, Umar Marwi in his famous book "Shah jo Rasalo".

Pashto speakers are almost 8% of Pakistani population and more than 50% in Afghanistan. Pashto has no written literary traditions although it has a rich oral tradition. There are two major dialect patterns within which the various individual dialects may be classified; these are Pakhto, which is the northern (Peshawar) variety, and the softer Pashto spoken in southern areas.

Balochi language is spoken by almost 3% Pakistani population and is very close to Persian language.

The name BALUCHI or BALOCHI is not found before the 10th Century. It is believed that the language was brought to its present location in a series of migrations from Northern Iran, near the Caspian Shores.

Rakshani is the major dialect group in terms of numbers. Sarhaddi, is a sub dialect of Rakshani. Other sub - dialects are qalati, Chagai-kharani, Panjguri. Eastern Hill Baluchi or Northern Baluchi is very different from the rest.

Brahui is a major language of western Pakistan. Brahui is heavily influenced by Baluchi and Sindhi, languages in which many Brahui speakers are necessarily bilingual. Although its Dravidian descent is still obvious, Brahui now has rahter few inherited Dravidian words in its lexicon.

The monetary unit of Pakistan consists of 100 paisa. From 1947 to 1972, Pakistan was a member of the sterling area, but in 1971, when the United States dollar was devalued, the rupee was unpegged from sterling and pegged to the dollar at the rate of Rs4.76 per US$1. On May 12, 1972, the rupee was devalued from Rs4.76 to Rs11 per US$1. In February 1973, when the dollar was again devalued, the rupee maintained its value in terms of gold, and its value in relation to the dollar rose to Rs9.90 per US$1, where it remained until January 1982. After January 1982, the rupee was pegged to a market basket of currencies important to Pakistan's trade. The rupee subsequently depreciated steadily against the dollar, reaching Rs30.30 to US$1 at the end of February 1994.

The word Rupee derives from the Sanskrit word for Silver - 'Rupya'. Notes issued pre-1971 were in both Urdu and Bengali. With the separation of Bangladesh, the Pakistani Rupee has only Urdu text.

The only exception from the above mentioned are the words 'State Bank of Pakistan' and value of the note, which are in English. 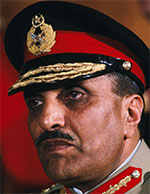 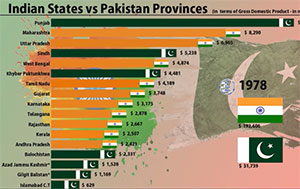 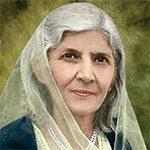 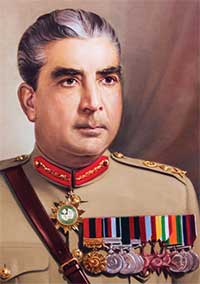 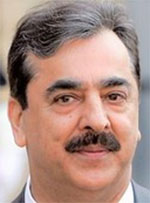 منورظریف
PAK Magazine is an individual effort to compile and preserve the Pakistan's political, film and media history.
All external links on this site are only for the informational and educational purposes, and therefor, I am not responsible for the content of any external site.