The film ads in newspapers

The first talkie film in the sub-continent was released on March 14, 1931 at Bombay's Majestic cinema hall. It had seven songs and was 10,500 ft. long and ran for seven weeks. It was a costume drama and romantic film with the title role of Zubaida.

This film is no longer available in its original format as the fire at National Film Archive of India, Pune, in 2003, destroyed the last surviving prints of this classic film.

A period fantasy that told of the aging king of Kamarpur and his two rival queens - No-Bahar and Dil-Bahar, and their rivalry when a Faqeer predicts that No-bahar will bear the king's heir. Dil-Bahar unsuccessfully tries to seduce the army chief Adil (Vithal) and vengefully destroys his family, leaving his daughter Alam Ara (Zubaida) to be raised by nomads. Eventually, Alam Ara's nomad friends invade the palace, expose Dil-Bahar's schemes, release Adil from the dungeon and she marries the prince of the realm. 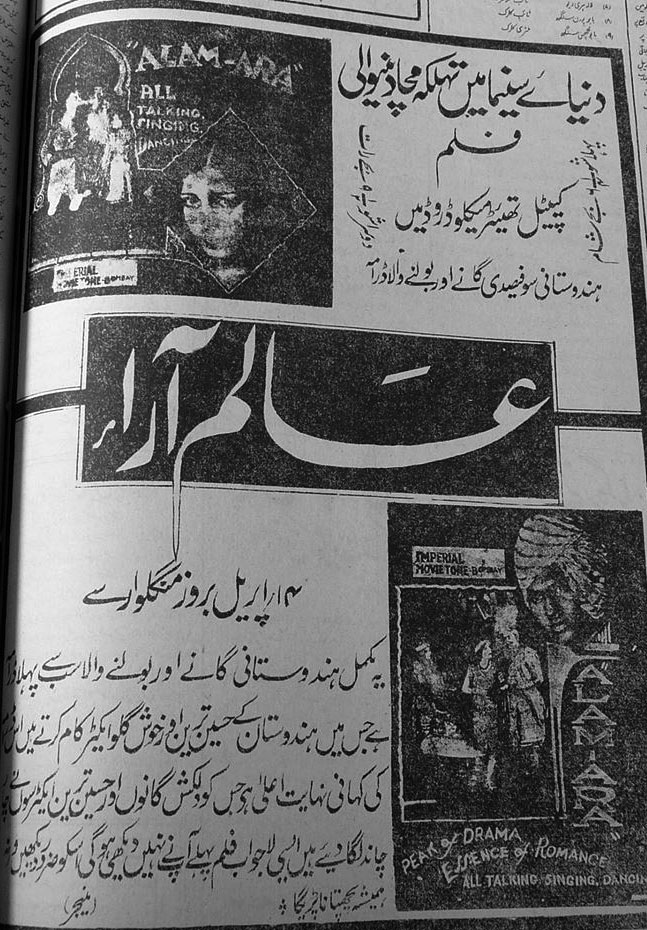